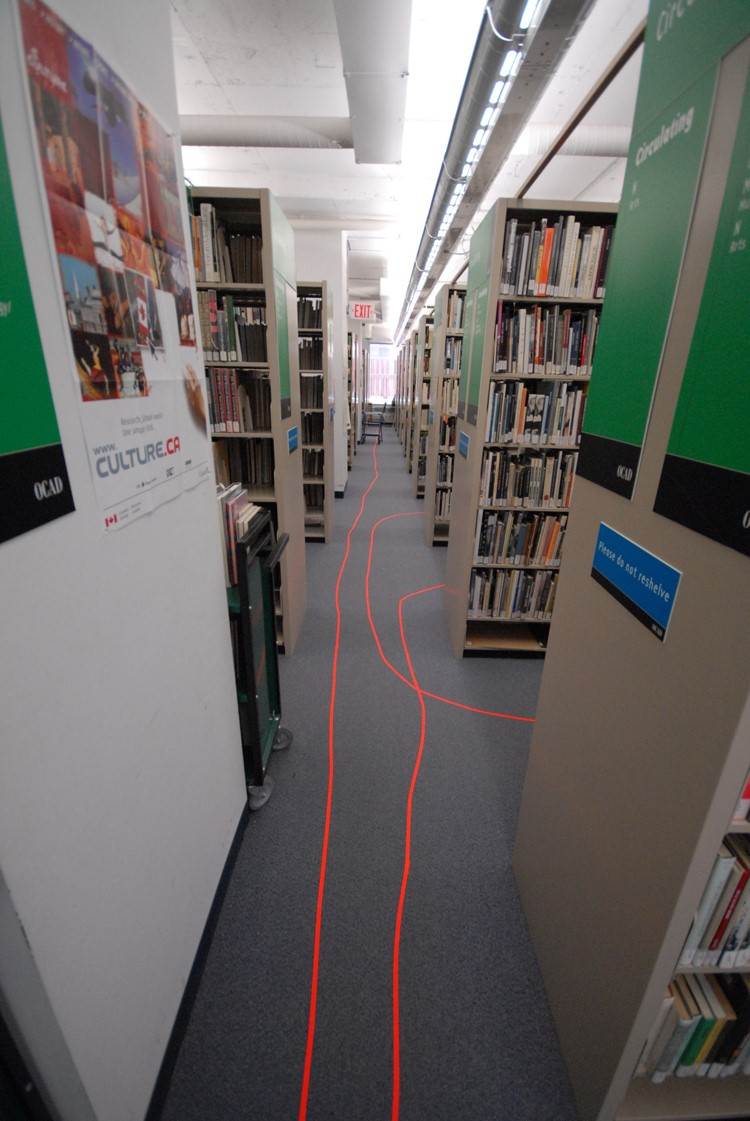 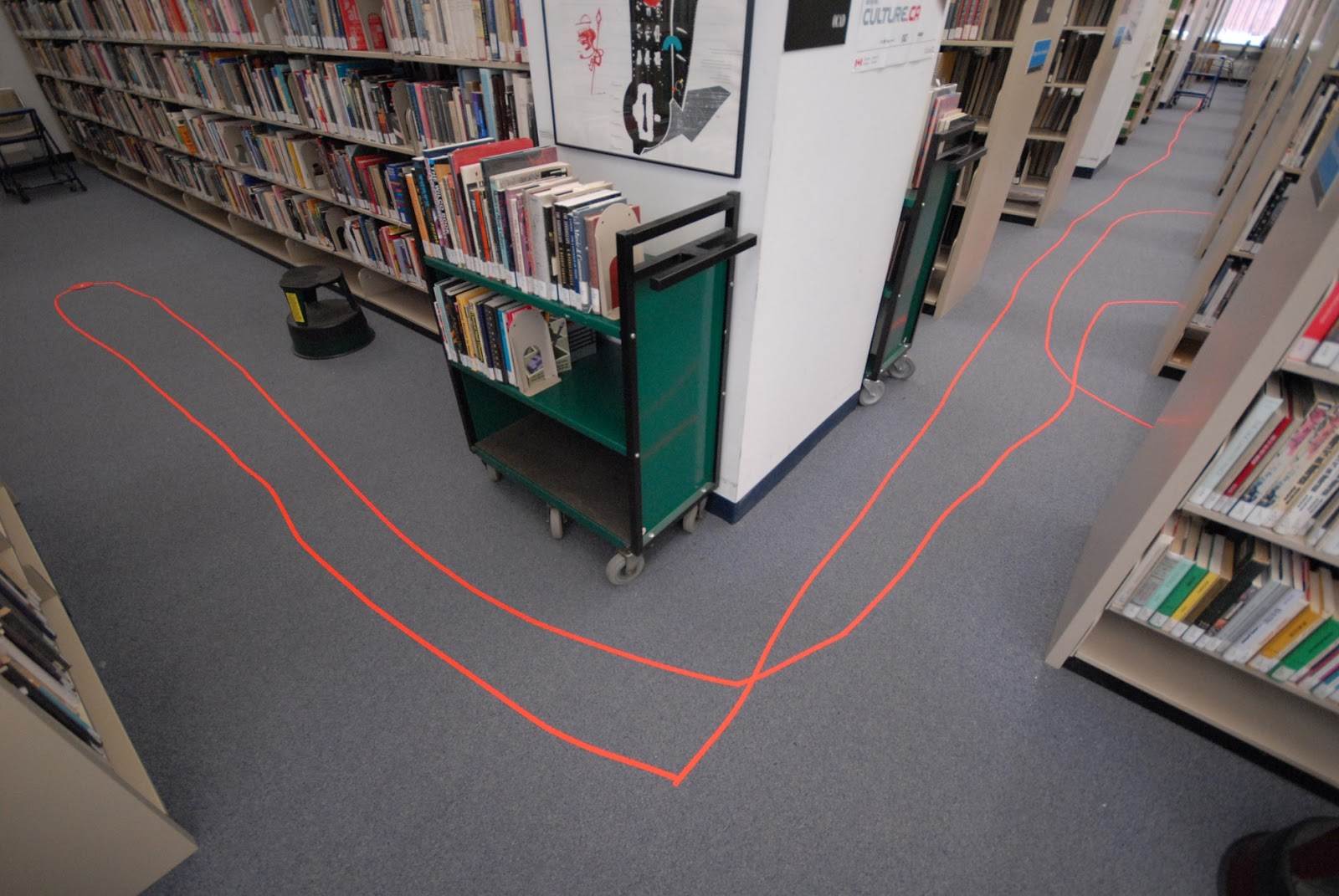 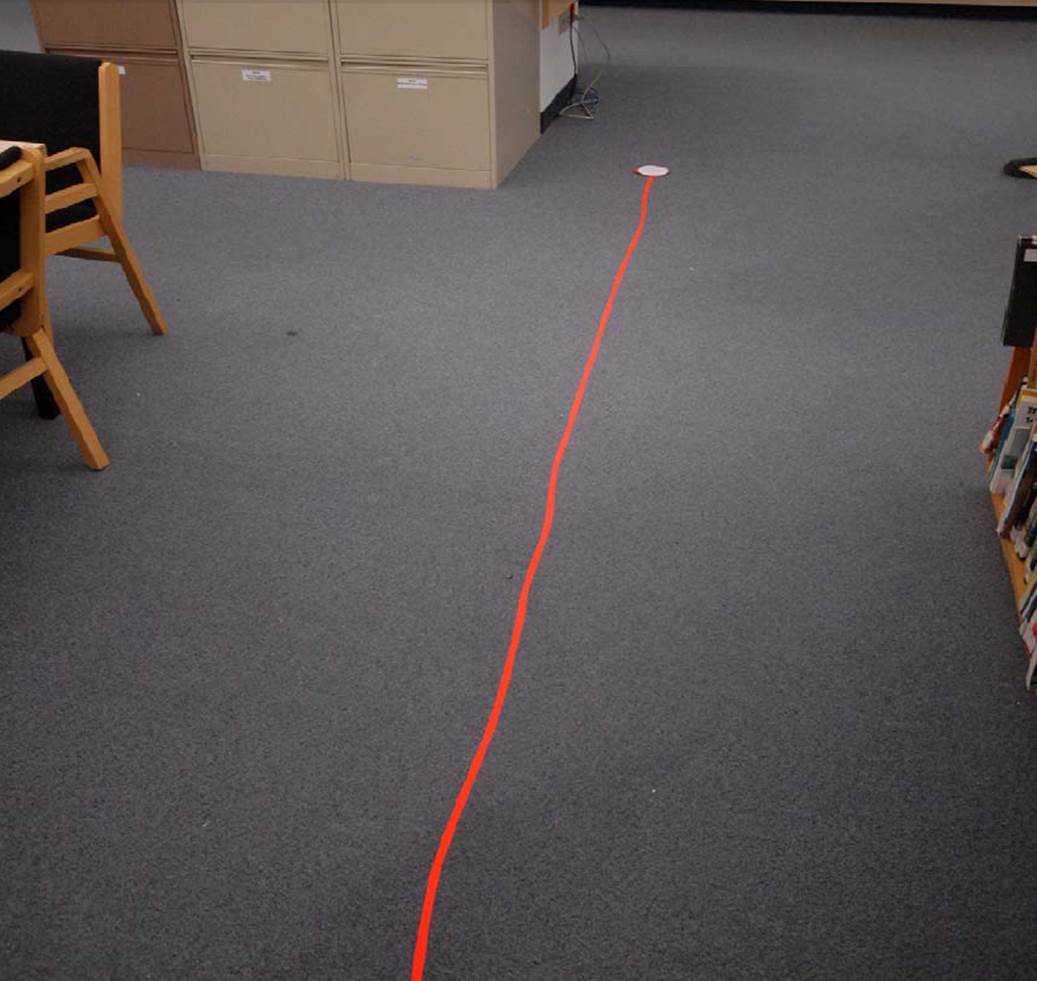 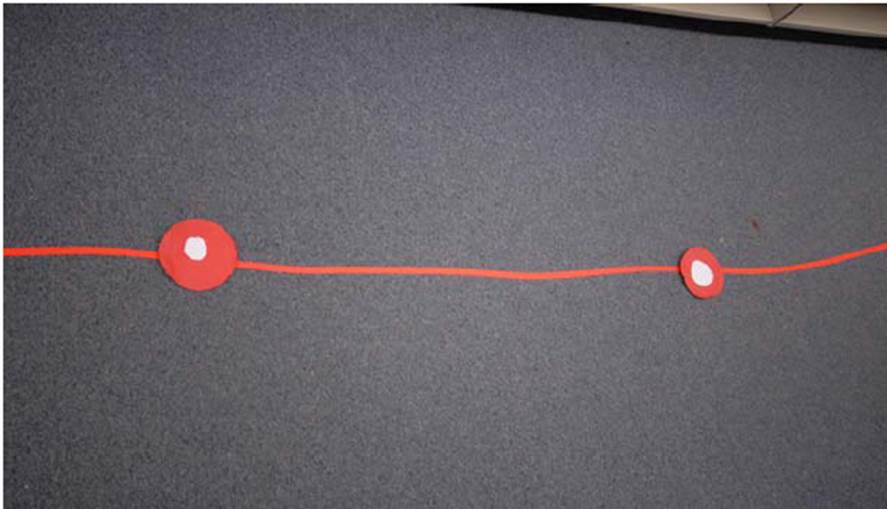 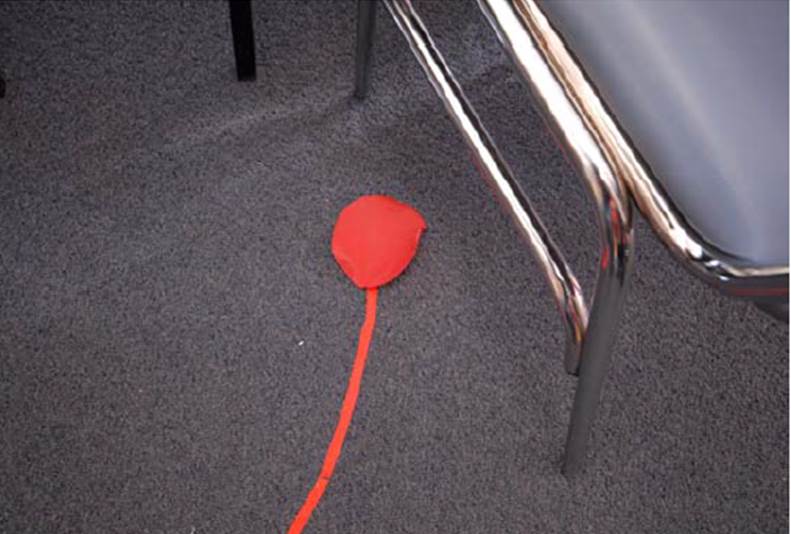 Diego Franzoni used red tape to map a research investigation using our Library collection.  The taped line began on the floor underneath our OPAC catalogue and featured a red dot with another white circle placed inside (Fig. 3); a fictional book titled “Underlining Landscape” was printed on the interior circle.  Following the line led viewer-participants to various sections related to topics in architecture, community and social institutions, spatial theories and earth art (Fig. 2).

At these key nodes, the red line was punctuated by red dots similar in size to the initial one (Fig. 4); however, as the search progressed the interior white dots grew smaller and smaller, until the final dot—positioned under a chair at a study carrel—featured no interior white spot at all (Fig. 5).   Immediately the viewer recognizes that the white dots symbolize Franzoni’s information needs that, through interacting with our collection, are gradually satiated despite the somewhat tangled lines on which they are placed.  Worthy of note, is Franzoni’s recognition that the initial book sought was only the starting point of research when using the print collection.

In general, experiencing the enormity of the project, that threaded through a significant part of our Library stacks, provided viewers with a fascinating record of a uniquely individual search that we, as librarians, rarely view from beginning to end.  I may express dismay at Franzoni’s rather indirect path, which, sadly, did not include the reference desk, but for him it was a meaningful journey that, as testified by the final blank red dot, fully met his research needs.

References to narrativity are unmistakable given the Aristotelian beginning, middle, and end that Franzoni mapped out.  Our Library space, in this light, serves as a background for ephemeral human stories that weave in and out of the narratives contained in the static print-bound books on our shelves.