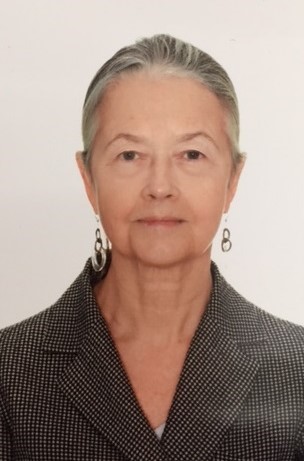 What brought you to OCAD?

I came to Toronto from Saskatchewan in 1973 to study art history at the University of Toronto. I lived in a communal house at 198 Beverley Street with other students from the prairies and supported myself by working as an artist’s model at OCA which was just down the street. After graduating with an Honours B.A. in art history, I worked at the Carmen Lamanna Gallery and then for editor John MacFarlane and art directors Robert Priest and Derek Ungless at Weekend Magazine. I worked as a freelance Picture Researcher for publishers and film producers before finally deciding to improve my employment prospects by going back to graduate school for my MLS degree. It was Carmen Lamanna, a mentor and friend, who suggested that I apply for the position at OCAD to replace Ian Carr-Harris who had decided to step down from the role. The timing was right and the position was a perfect fit for my interests, skills and experience.

What are the most important innovations you’ve seen in academic libraries in the last 30 years?

Collaboration -- or the new collaborative way of working -- is the most important innovation because it has enabled academic libraries to respond to the imperative for rapid change. The impetus was the creation of the open internet and the proliferation of “search engines” that demanded more and more digital content. The inevitable transition from print to digital challenged academic libraries to focus on access and delivery, in addition to content and collections. A lot needed to be done very quickly and the only way forward was for academic libraries to collaborate with each other. The Ontario Council of University Libraries (OCUL), the Canadian Association of Research Libraries (CARL), and the Canadian Research Knowledge Network (CRKN) emerged as powerful consortia working on behalf of us all. Academic librarianship has become a very complex enterprise fueled by innovative thinking and strategic action.

What are some of your favourite items in the Library's collection?

bwkA-202 Buffalo book / by Frank Shebageget. I feel the physical fragility of this book when I hold it in my hands. It is a somatic object that conveys great sadness and loss.

PS3573 I45 S8 R.B.C. Sweethearts / by Emmett Williams. New York: Something Else Press, 1967. Someone special gave me this beautiful example of concrete poetry and I donated it to the Library for others to enjoy.

PC2440 B26 A Lover’s Discourse: Fragments / by Roland Barthes (1978). It was a great pleasure to read this book in tandem with Don Paterson’s Reading Shakespeare’s Sonnets: A New Commentary (not in our collection but you can borrow it from the Toronto Public Library).

PR6065 S8 M35 Memorial: an excavation of the Iliad / by Alice Oswald (2011). I saw the poet recite this entire poem from memory at the 2012 Edinburgh Book Festival. The experience opened my eyes to the performative power of spoken word poetry and gave me courage to tackle the original by Homer (which is in our collection).

Can you tell us about your research interests and what you plan to work on in retirement?

I wrote poetry in the early 1970s but didn’t return to it until 2012 when I decided to attend a summer writing school at the University of Edinburgh. Since then, I’ve been writing every day and have taken additional writing workshops in the UK to develop and hone my various projects. Tutors and mentors have included Claire Askew, Katy Hastie, Colin McGuire, Alice Oswald, and Michael Symmons Roberts. I’ve researched and accumulated an extensive array of published records, images, and archival material for a series of autoethnological essays on the itinerant existence of entrepreneurial settlers in Saskatchewan in the 19th and early 20th centuries. The self-reflective structure of the essay form allows me the necessary flexibility to present the archival record while questioning my own perceptions and lived experiences. It is difficult work but I hope to eventually place some of these essays in Canadian literary and/or history journals.

Meet Camille Isaacs, tenure-track Assistant Professor and Acting University Librarian. We spoke to Camille about her research interests and what she thinks about current library developments. Please join us in welcoming Camille to the library team. 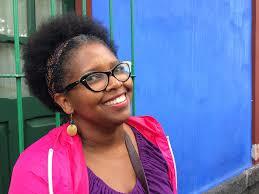 What first brought you to OCADU?

I first came to OCAD in 2006-07 as a sessional instructor to teach Postcolonial Literature, a course I still teach. I continued as a sessional instructor until 2011, when I took on a CLTA (Contractually Limited Term Appointment) position. From 2015 until the present, I have been a tenure-track Assistant Professor in the Faculty of Liberal Arts & Sciences, specializing in postcolonial and Canadian literature. I teach a number of courses here, including Canadian Lit, Diapsoric Lit, Caribean Lit, British Lit (Orphans, Others and Imperialists), and our first-year course, The Essay and the Argument.

Prior to my career in academia, I worked in academic publishing in a number of different capacities and for several publishing companies, including Harcourt, Pearson, and Canadian Scholars' Press, where I was production manager. Because of my management experience, I have always expressed a desire to work in administration at OCAD, if the opportunity arose. I was pleased to be offered this interim library position until the new University Librarian is selected.

What are the most important innovations you've seen in academic libraries in the last few years?

Just as with the public library system, in many ways, libraries are community hubs. In terms of innovations I've seen happening in libraries, the work of the Learning Zone comes to mind in this vein. Opening the library to informal spaces, green spaces, public events are all welcome additions to library work, and have, of course, been happening to varying degrees for a number of years. As a faculty member, I also welcome the increased digitization of resources that allows one to conduct research from just about anywhere, as long as one has a computer connection.

Can you tell us about your research interests?

My specific research all centres on what is known as the Black Atlantic region, that is all countries touching the Atlantic Ocean that have a significant black, English-speaking population, including Canada, the U.S., the Caribbean, Britain, and several countries in Africa. While much of my research and writing has focused on Canadian writers of Caribbean descent, such as Austin Clarke or David Chariandy, I have also published on the use of social media for African women writers in the diaspora. My current book-length project looks at aging and memory in Caribbean literature.