Visit the Learning Zone at the beginning of term to check out our latest exhibition, curated by Zine Coop:

FREEDOM HI! : An Exhibition of Zines and Documentations from Hong Kong's Civil Movements 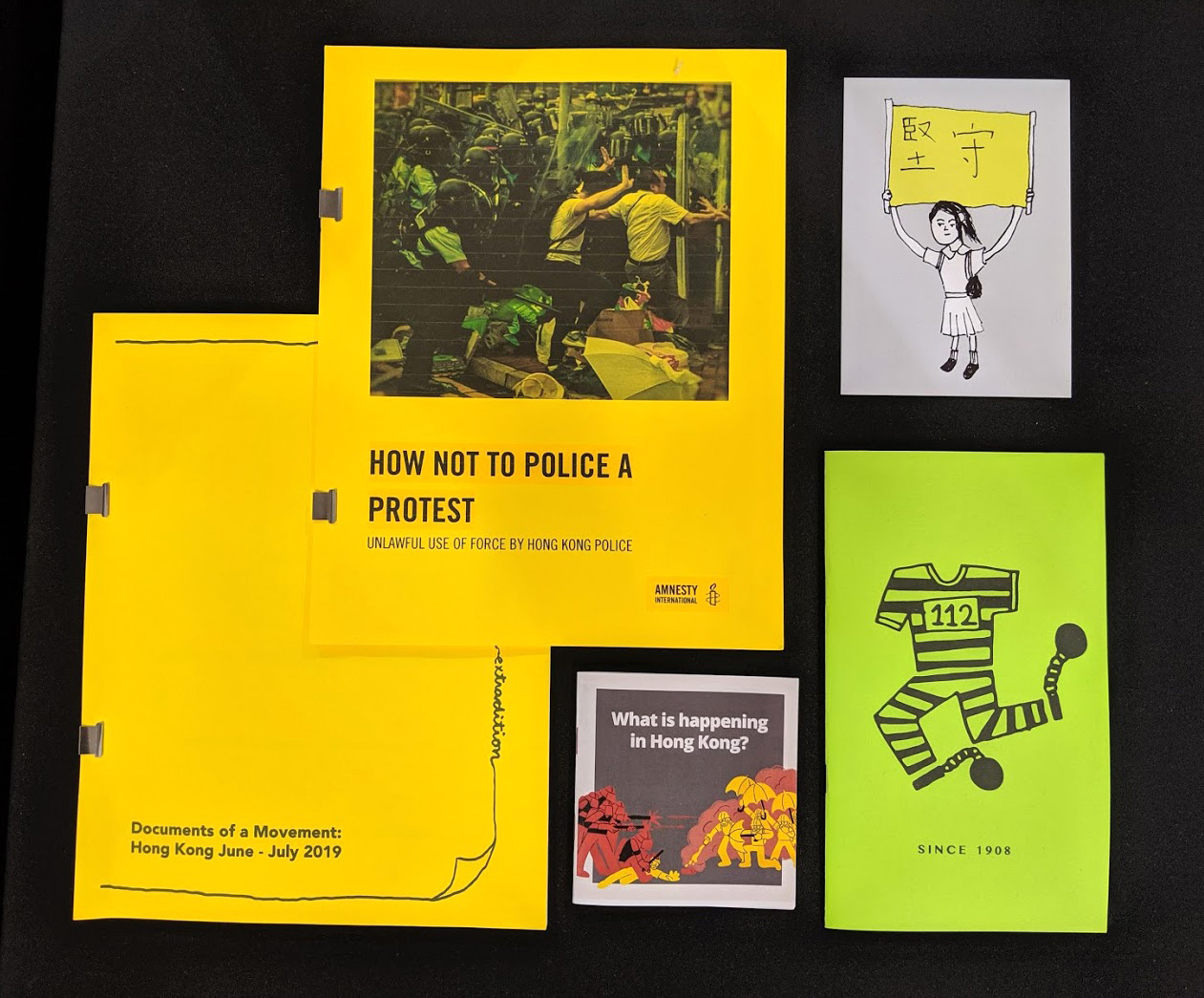 "The world has witnessed millions of Hong Kong people taking to the streets to protest a controversial extradition bill that could send citizens to Mainland China to be tried in court. Legal experts warn that the passing of the bill would violate the constitutional principle of 'One Country, Two Systems' which the Chinese government had promised to uphold for 50 years following the handover of Hong Kong from Britain to China in 1997.

While Canada and many parts of the world have shown solidarity for the anti-extradition bill protests, Hong Kong people know they are ultimately responsible for defending their own civil liberties against the authoritarian Chinese Communist Party.

Freedon-Hi! is an exhibition primarily showcasing independent publications and printed works inspired by the ongoing protests. Hong Kong's freedom fighters put their design skills, aesthetic acumen, humour, and empathy on full display as they navigate through the most critical time of their history.

In 1989, the pro-democracy uprising in Tiananmen Square affected a whole generation of Chinese people worldwide. Now, 30 years later, Hong Kong people are showing that the heart for freedom is still beating strong.

Zine Coop is an independent publishing artist collective that promotes zine culture in Hong Kong. It provides support on zine making and distribution, connecting artists with book fairs while serving as a bridge between distros and potential makers. Visit zinecoop.org to learn more or find the collective on Facebook or Instagram. 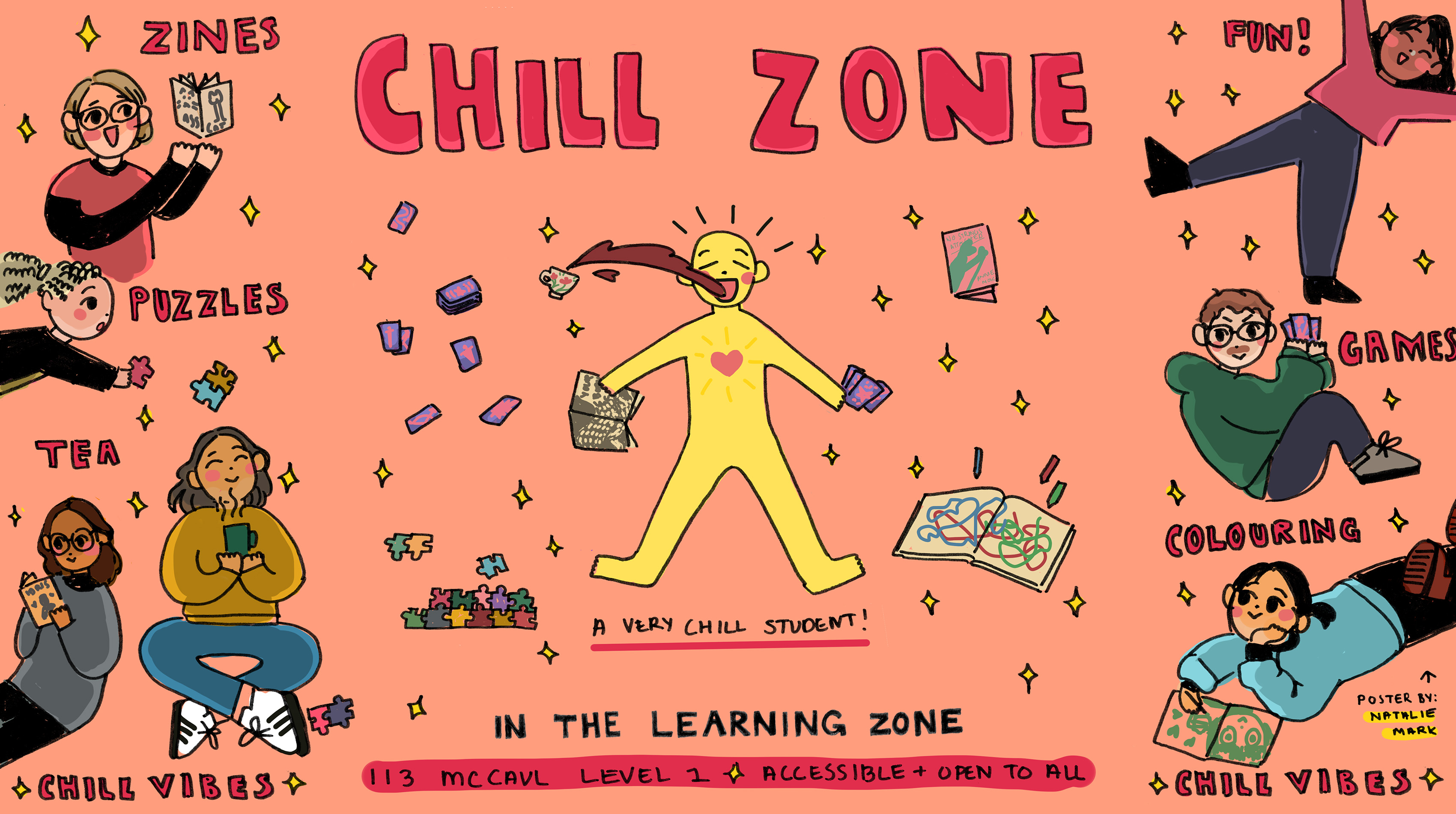 The Chill Zone returns for its second year in October 2019! Once we open for evening hours, we will be hosting a Chill Zone space every Monday through Thursday after 6pm. Drop by after classes are done, solo or with a pal, to refresh your mind and body! The space will be set up with tea, games, puzzles and colouring. Drop by for a few minutes or a few hours to soak in the chill vibes.

If you have any suggestions on how we can improve on this relaxing space, let us know by emailing Marta at mchudolinska@ocadu.ca. 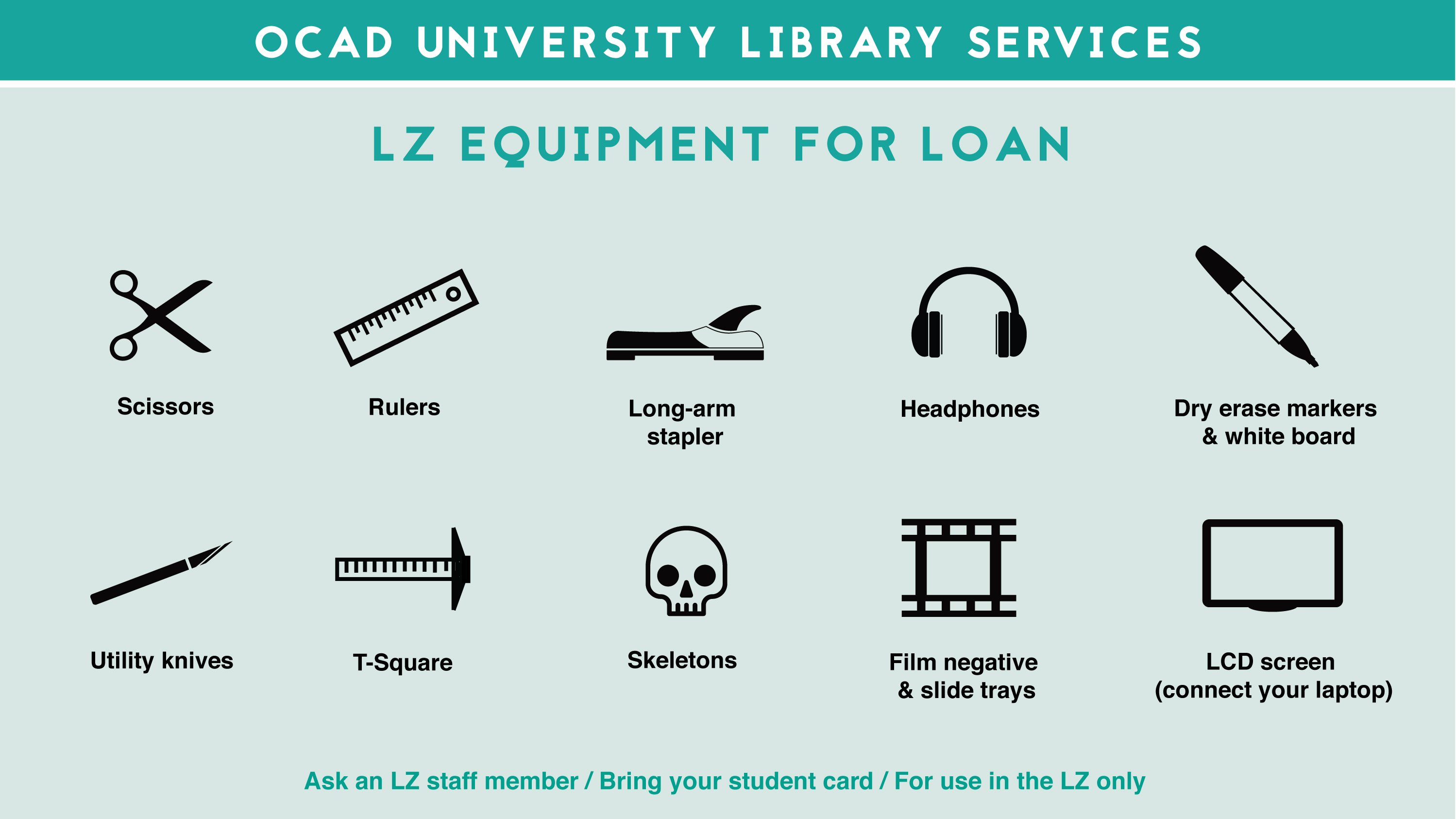 Learning Zone staff are always available to assist you with your learning needs and that includes loaning out equipment to use in our space!

Bring your OCAD U ID card to our staff help desk and borrow:

A full list of equipment available at the Learning Zone and Dorothy H. Hoover Library can be found at https://www.ocadu.ca/services/Library/about-the-library/library-equipment.htm