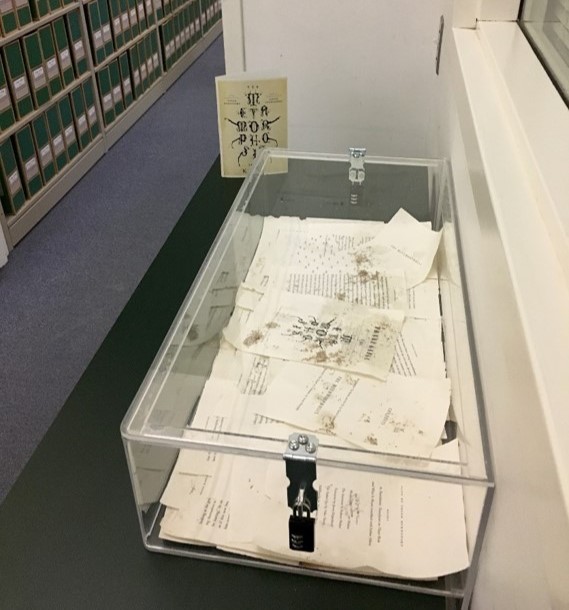 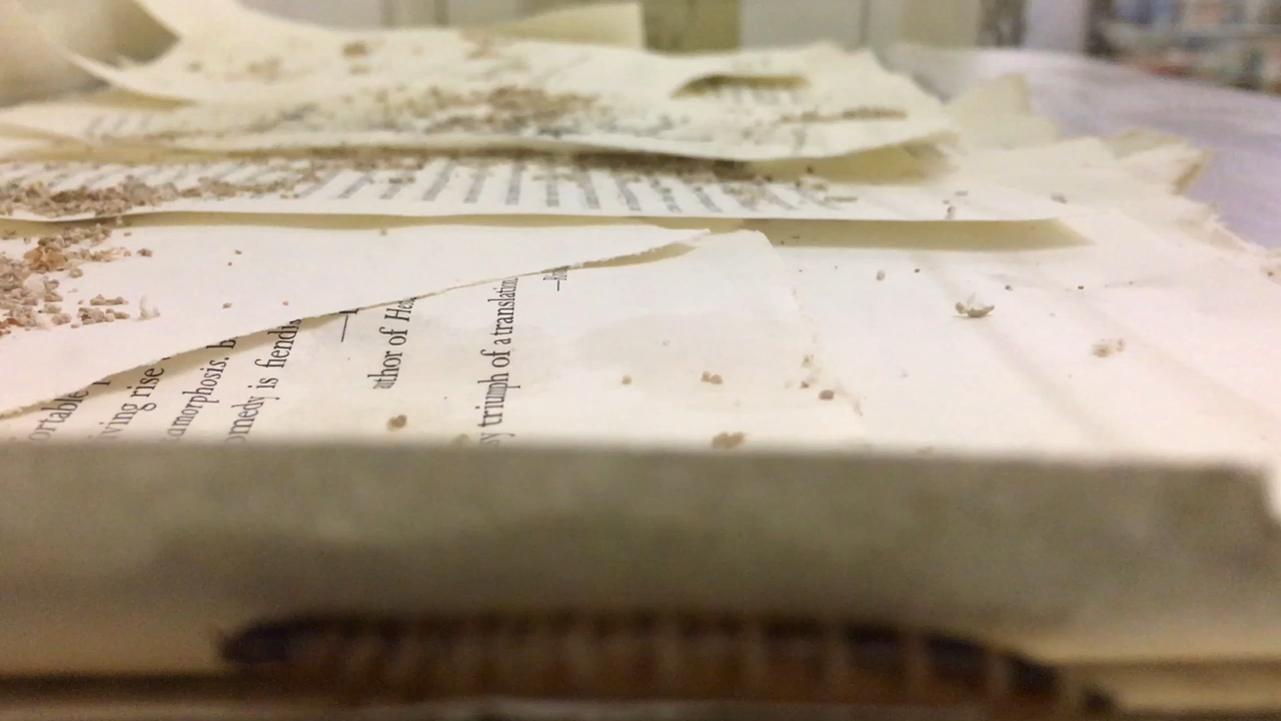 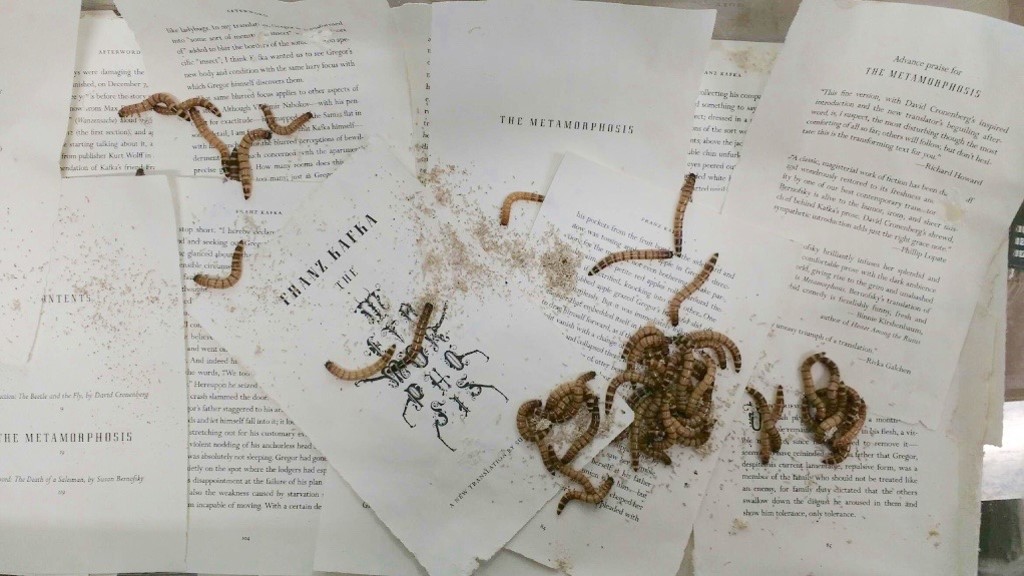 Site Interventions in the Library is a program run intermittently from 2006 that emulates studio-based models in information literacy.  At the outset, students attend a seminar in the OCAD U Library where guiding library philosophies and organizational practices are presented and, most importantly, critiqued.  Afterwards, as students begin processing ideas, they present a description of their projects to OCAD U reference librarians to ensure that the works do not compromise daily circulation and reference services; a situation that would, in effect, demonstrate a failure to grasp the ultimate objectives of the entire exhibition project.  Finally, we request that final critiques be held in the Library space with the full participation of a reference librarian.

This Winter 2017, the Dorothy H. Hoover Library was pleased to host students from DRPT-4011 Painting in the Expanded Field for another iteration of the library site interventions. Included is one of the compelling works by multimedia artist Sylvester Teszeri.

Plexiglas box (with a firmly secured lid featuring air holes and armature to affix the box to the table) containing beetle larvae and a dis-bound print copy of Franz Kafka’s The Metamorphosis (N.B. this is not the library’s copy PT2621 A26 M3 !). Two padlocks are installed on either side.

Using the literal metaphor of a “book worm,” the installation begins with a simple premise to explore profoundly complex issues of entropy and the ephemerality of information objects, both of which ultimately impacts—perhaps in reference to Jane Jacob’s Dark Age Ahead—the ability to create or preserve knowledge. The gradual decomposition of Kafka’s literary work demonstrates, almost painfully, the fragility of information objects despite the best efforts of institutions such as the library in preserving these works of cultural significance. Usually librarians rely on containers to protect, maintain, and organize information; however, the gesture of using a box to contain the very entities that are intently destroying the book serves as more than an ironic statement. There is almost a poignant futility in the library’s attempt to “contain” that which is intended to, by its very nature, decompose.

In this light, the work seems to reference concepts of control not just in regards to information objects, but to the ideas contained within. The oppressive power structures narrativized in Kafka’s book—where individuality is oppressed by bureaucracy—subtly critique structures used in libraries to compartmentalize knowledge through organizational schemata. Here, one might posit, the dialogic openness of narrative texts are oppressed by the bureaucratic, Foucauldian subject-based hierarchy of Library of Congress Subject Headings or the Dewey Decimal Systems.

In its materiality, the works achieves a most powerful conceptual message. The voyeuristic quality of watching insect larvae—normally hidden in dark, rotting environments—through the lens of an austere, minimalist Plexiglas box seems almost scientifically clinical. Yet, as one observer noted, there is a meditative aspect of watching the larvae slowly eating away at the pages of the book, despite the visceral reactions one might feel in observing the destruction of a book or, even more viscerally, in confronting one’s fear of bugs! The complex juxtaposition of visual cues evokes emotions of empirical fascination, disgust, perhaps even horror, ensuring that the work leaves a lasting resonance for viewers. It is an installation that will certainly not be easily forgotten and is destined to become part of the OCAD University libraries oral history for years to come.

Although likely unintentional, the installation’s title does offer a host of playful cultural references; Martin Luther’s 1521 “Diet of Worms” being one of the most literal! The title also resonates with the Canadian artist collective FASTWÜRMS; an especially appropriate allusion given their extensive installation work.  Interestingly, FASTWÜRMS’ practice rarely involves participation in public art pieces, due largely to their description of the genre as being a process of “risk mitigation” which oftentimes leads to “compromises with the work.”[i]

Teszeri would likely only partially corroborate such a description. In installing the work, the approvals required from Campus Facilities Planning & Management, the course instructor, the library director, head of instructional services, even (as a precaution over concerns in using live organisms) the school’s Research Ethics Board was a procedure that can only be described as Kafka-esque. Unlike the experience of FASTWÜRMS, however, Teszeri’s perseverance in creating the work was an essential and necessary element of the process used to create the artwork. Any “compromises” required did not work towards the detriment of the artistic message; in fact quite the opposite process occurred: the conceptual message conveyed was strengthened as a result of this dialogic consultation.