The Library's E-Reserves service ensures that high-demand readings are made available to students as either persistent links to articles held in library databases or digitized and distributed through Canvas as PDF files, while also ensuring copyright compliance

Currency & Collection Cuts:  How the Languishing Loonie has left Libraries in the Lurch 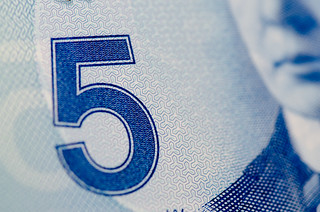 As the loonie dips ever lower against the U.S. dollar, dragged into the tar pit/sands by sinking oil prices, a question few have asked is “how does this affect my research?.”  The answer to this question may prove confounding to many faculty and students at Canadian universities who unexpectedly find that resources they have relied upon for teaching and research are suddenly no longer available to them.

In recent months numerous academic libraries have announced major cancellations to collections, particularly to subscription e-resources like large e-journal and e-book packages and research databases. In December,  Memorial University announced that it would cut subscriptions to 2,500 academic journals across all disciplines, much to the consternation of faculty and students, and this announcement was soon echoed by Ryerson University’s own warning of impending cuts. Similarly, libraries across Canada have either made, or are planning, cuts to e-resources, along with reducing book budgets to pay for subscriptions.

So, how is it that the CAD/USD exchange rate is having such a dramatic impact on budgets?  A majority of information resources purchased by Canadian libraries are owned by U.S. based publishers and vendors or are invoiced in U.S. currency. With the loonie having lost more than 16% of its value against the U.S. dollar in the past year (and 30% since 2012), and the experts predicting more of the same, libraries that haven’t already made deep cuts to collections will likely soon be forced to carefully evaluate and reduce their subscriptions to stay in the black.

Compounding library exchange woes are the above inflationary annual increases added to subscriptions that often range from 2% - 8% by commercial academic publishers, which ensure that maintaining the same subscriptions will always cost more than the modest increases to collection budgets can sustain.   Open Access proponents, including libraries and researchers, have used this latest budget crisis as an opportunity to highlight the problems with the dominant scholarly publishing model; One, which allows an oligopoly of commercial academic publishers to reap huge profits publishing research largely funded by the public and written and peer reviewed for them for free by professors and other researchers.

At OCAD, cancellations have been relatively modest in scope and impact.  Some underutilized resources have been cancelled over the previous two years and e-book purchasing has been curtailed.  In the near future, however, it is likely that the low value of the dollar will have an even greater impact on collections, along with faculty and student research.